11 facts about crystals you didn’t know

Whether you believe in the healing powers of crystals or not, it can’t be denied that they are a wonder of mother nature and that their structures, colour schemes and patterns are simply incredible. We have collected ten interesting facts about crystals you didn’t know.

Have you ever wondered where the largest crystals in the world can be found or how long crystals have been used for their healing powers? If so, you’re in the right place.

1. HOW CRYSTALS ARE FORMED

Did you know that crystals are formed when a liquid cools and solidifies? The particles form a stable pattern that is repeated to provide a crystal shape. Larger crystals are formed by the repetition of this process, as liquid continues to drip onto the solid crystal, drying and adding to the patterns within.

Crystals aren’t always stones which we can hold.  The term ‘sugar crystal’ is well known but have you ever looked at one up close with a magnify glass? Well if you haven’t, we can tell you they have a uniform pattern like crystals do. The same goes for salt, icicles and snowflakes which are all lesser-known types of crystals. Next time it’s snowing, hold a piece of baking paper out of your door and collect some snowflakes to put under a magnifying glass.

3. THEY DATE BACK BILLIONS OF YEARS

You might already know that many scientists have theorised that the earth was formed 4.5 billion years ago, but did you know that crystals may have been around for just as long? In 2014, scientists found a zircon crystal in Western Australia which dated back 4.4 billion years.

4. THE ANCIENT EGYPTIANS LOVED THEM

It is well known that crystals can be used for healing everything from mental health issues to physical pain and even digestive issues, but did you know that this dates back as far as 3000 BC? The Ancient Egyptians are believed to have used the healing powers of crystals to heal people when they were suffering from pretty much anything.

5. CLEOPATRA GOT CREATIVE WITH THEM

By the time Cleopatra came into power in the 1st Century BC, the ancient Egyptian women had a variety of cosmetics at their disposal, many of of which were made with grounded-up minerals, rocks and plants. Cleopatra used a bright green malachite paste on her lower eyelids and a deep blue eye shadow made of lapis lazuli with gold-coloured pyrite flecks on her eyelids.

6. PROTECTION IN THE STONE AGE

Many crystals are believed to have protective powers, preventing the wearer from psychic or even physical harm. It has been found that crystals have been worn as jewellery since the Stone Age which was 2.5 million years ago for both decorative purposes and as protection. In more recent times, warriors and army men throughout history have been known to carry or wear crystals to protect them in the field of battle.

When choosing crystals to buy, wear as jewellery, or carry in your pocket while leaving the house, you can choose based on what you are most drawn to (intuition is an incredible thing!) or based on its healing powers.

All crystals ‘vibrate’ on their own individual frequency and this determines which crystal you are most drawn to on a day to day basis. You will find that a different crystal stands out to you at different times and as your needs change due to changes in mental or physical health or other aspects of life.

Crystals are formed naturally and can be found in many places around the world, from caves to within volcanic rocks (Amethyst is found in abundance within volcanic rocks in Brazil) and underground. Gemstones vary in sizes and prices range from 25p to thousands of pounds, depending on their shape, type, colour, condition and size.

9. THE VARIETIES OF AGATE SEEM ENDLESS

Some crystals form in a variety of patterns and are given different names to suit them. For example, Agate has been catalogued with thousands of different names. Some of the most well known include Moss Agate, Blue Lace Agate and Fire Agate, while the most commonly known forms of Jasper include Red Jasper, Leopard Skin Jasper and Dalmatian Jasper.

Some of the largest crystals ever found have grown in the aptly named ‘Cave of Crystals’ in Naica, Chihuahua, Mexico. One part of the cave in particular is full of Selenite and pieces hang from the ceiling like icycles. The largest crystal in the cave is estimated to weigh approximately 55 tons. And yes, you can book a space in a tour group to visit the cave and see it for yourself! 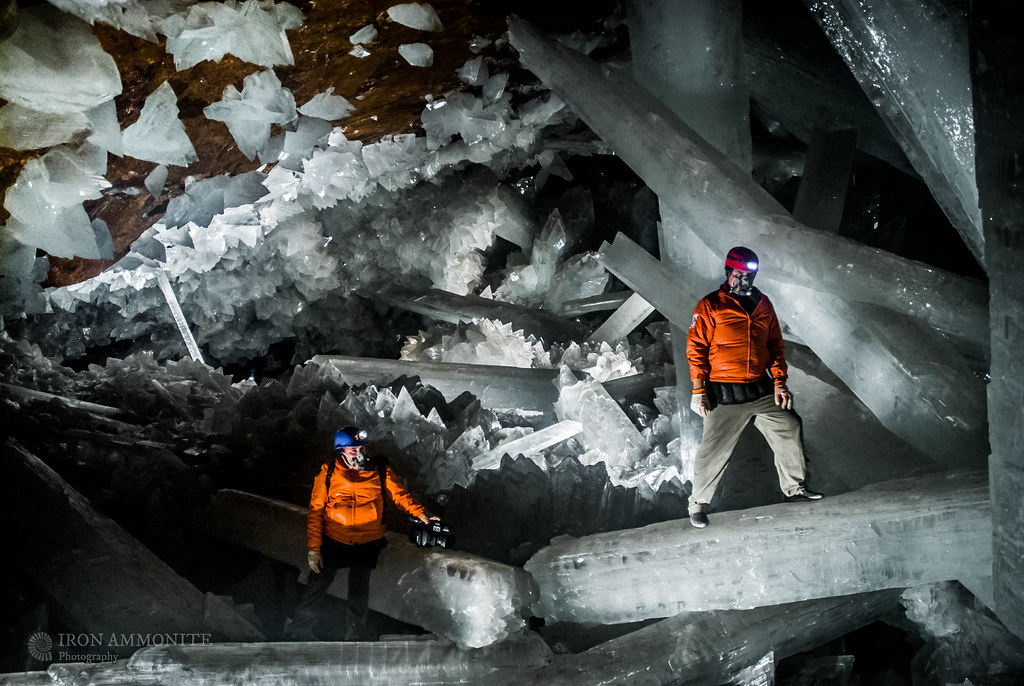 It is believed that crystals vibrate at the same pitch as we do and can therefore promote spiritual health. This is why it is recommended that crystals be placed on the skin as tumble stones or as jewellery. Crystals interact with our body’s energy field, or chakras, helping us to open and realign them.

12. NEGATIVE VIBES CAN CAUSE THEM TO CRACK

Crystals can become damaged for seemingly no reason. It has been theorised that a crystal can crack or even break into pieces when energies around it abruptly and severely change, likely in a negative way… The pieces can still be used for healing or as jewellery but they must first be carefully cleansed and given time to realign to their new vibrational structure, which would have changed during the breakage.

13. PAINITE: ONE OF THE RAREST GEMSTONES

In the 1950s, mineralogist Arthur C.D. Paine found a brownish stone in Myanmar, Burma that turned out to be one of the rarest gemstones on the planet. For decades, only two cut specimens were known to exist. The almost priceless stone was named Painite after its founder and is worth between $50,000 – $60,000 per carat. A few more crystals have been found since the 1950s and there will definitely be some lab-created Painites in circulation. The stone has a composition of calcium, zirconium, boron, aluminium and oxygen.

To put this price into perspective, one of the next cheapest gemstones is Musgravite – it’s worth an estimated $35,000 per carat… that’s $15,000 less than painite!

14. SOME HOLD MORE WISDOM THAN OTHERS

Have you ever seen crystals with small triangle shapes etched into their patterns? Crystals like these are known as ‘Record Keepers’ and are believed to hold data and wisdom that other crystals do not. 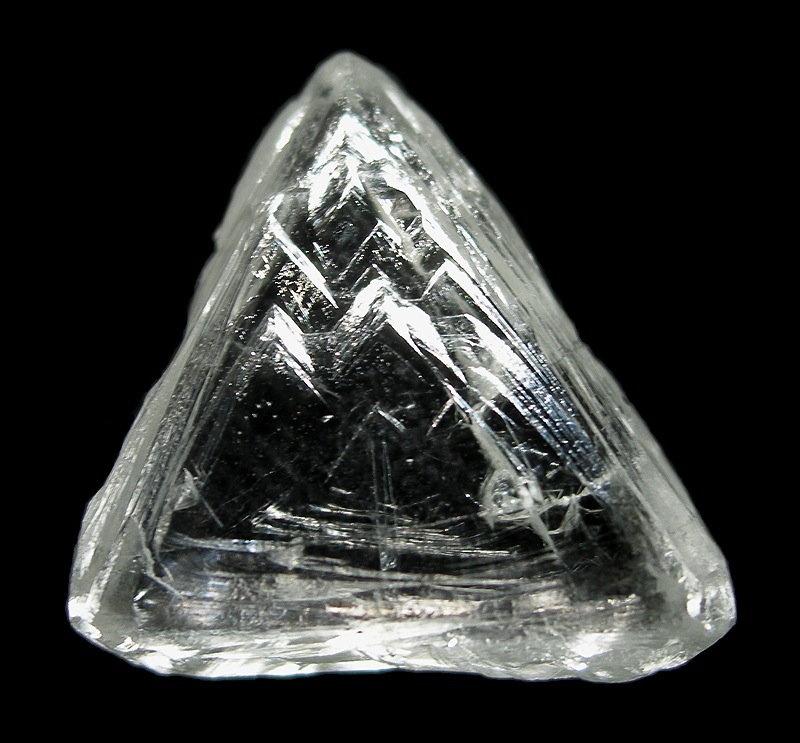 15. THE TRUTH ABOUT TURQUOISE

Turquoise is a beautiful stone which has been used in jewellery and home decorations for centuries, but there is a secret they don’t want you to know about it. Did you know that only around 10% of Turquoise on the market is actually genuine?

Sorry to break it to you but your favourite Turquoise crystals and jewellery are most likely Howlite which has been dyed blue – especially if you got it for a low price. Due to the multitude of sellers dipping their Howlite stones into blue dye, the price of genuine Turquoise has soared over the years. The only way to really know if your Turquoise is genuine is to cut into it and see what the colour is in the centre, but let’s be honest – no-one wants to do that!

The blue Howlite keyring pendants in my store were sold to me as genuine Turquoise and after making some keyrings I chose some charms and attached a keyring onto my key chain – it’s important to me that I personally quality test as much stock as I can, plus they’re simply beautiful! I dropped my keys around a week later and noticed that a tiny bit of the blue colour had scratched off to show a hint of white.

Upon doing some research, I found out the truth and immediately changed all of my ‘Turquoise’ products in the store to blue Howlite. I also contacted my suppliers to let them know that they were misrepresenting their products, however they haven’t changed their listings. Most crystal companies either don’t know this information or are happy to lie to their customers in order to make sales but for me, full disclosure is key to customer service.

2 thoughts on “11 facts about crystals you didn’t know”